Bebe is very talented in getting along with children, and loves to write scripts from the perspectives of children and parents. In 2013, she founded The Theatre Wonderland and served as Executive Director, with the hope to spread positivity among children and families in Hong Kong through the mission of “Love, Dream and Courage”.

In 2011, she joined a children’s drama organisation in Taiwan as full-time actress, featuring in stage, community and school performances. She collaborated with an Austrian puppet troupe in the Kaohsiung Children’s Education and Arts Festival, and also worked in New Zealand for a year. 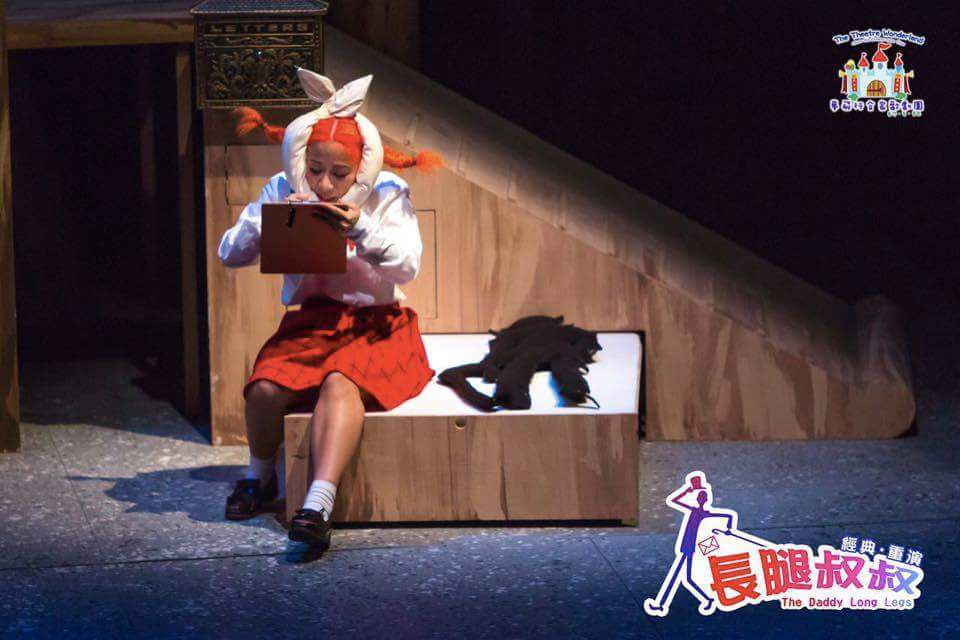 “A simple letter with infinite love”

Judy Abbott, who grew up in an orphanage, luckily received charity to attend high school, on the condition that she wrote a letter reporting her school life every month to the gentleman who sponsored her. Unfortunately, Judy did not have the opportunity to meet and thank this kind gentleman. Judy only knew he had long legs, so she called him “Daddy Long Legs.” Since then, Judy wrote letters to Daddy Long Legs and gradually established a profound relationship with him, but she also encountered a dilemma…