The City Chamber Orchestra of Hong Kong (CCOHK) is one of Asia’s leading chamber orchestras. Members are professional musicians who perform a diverse repertoire from Baroque to Bollywood. CCOHK has performed with internationally acclaimed artists including Sir Neville Marriner, Sir James Galway, Dame Evelyn Glennie, Sir Thomas Allen, Sarah Chang, Julian Lloyd Webber, Branford Marsalis and The King’s Singers. In Hong Kong, CCOHK has collaborated with the Hong Kong Ballet, LeFrench May, The World Harp Congress, the Hong Kong International Piano Competition and RTHK Radio 4, and has been invited to perform abroad in Taipei, Beijing, Chengdu, Italy and at the China Shanghai International Arts Festival. CCOHK has produced several original programmes aimed at engaging young audiences in Hong Kong. These include The Snowman & The Bear, Magnificent Mozart and the spectacular and award-winning orchestra-theatre Bug Symphony. CCOHK’s CDs include an internationally acclaimed release with Danish recorder virtuoso Michala Petri on OUR Recordings. CCOHK was founded in 1999 by Artistic Director and Principal Oboist Leanne Nicholls who was awarded a commendation certificate by the Home Affairs Bureau of the Hong Kong SAR Government for outstanding contributions to the development of arts and cultural activities. For more information, please visit www.ccohk.com. Discover musical wonders in a bug’s world! Bug Symphony the award-winning musical tells the hilarious tale of two humans who are interrupted by a bug orchestra while having a picnic in the forest. They are then found on a quest to find the missing notes of the golden orb spider in time for performance for the Queen Bee’s coronation. During the search, they encounter a cockroach on jazz saxophone, a Broadway stinger and a deadly killer bug! Featuring British comedy duo Scotty and Lulu as well as a stellar cast of 40 actors, singers, dancers and musicians in a stunning array of bug costumes, Bug Symphony is a must-see show for families! 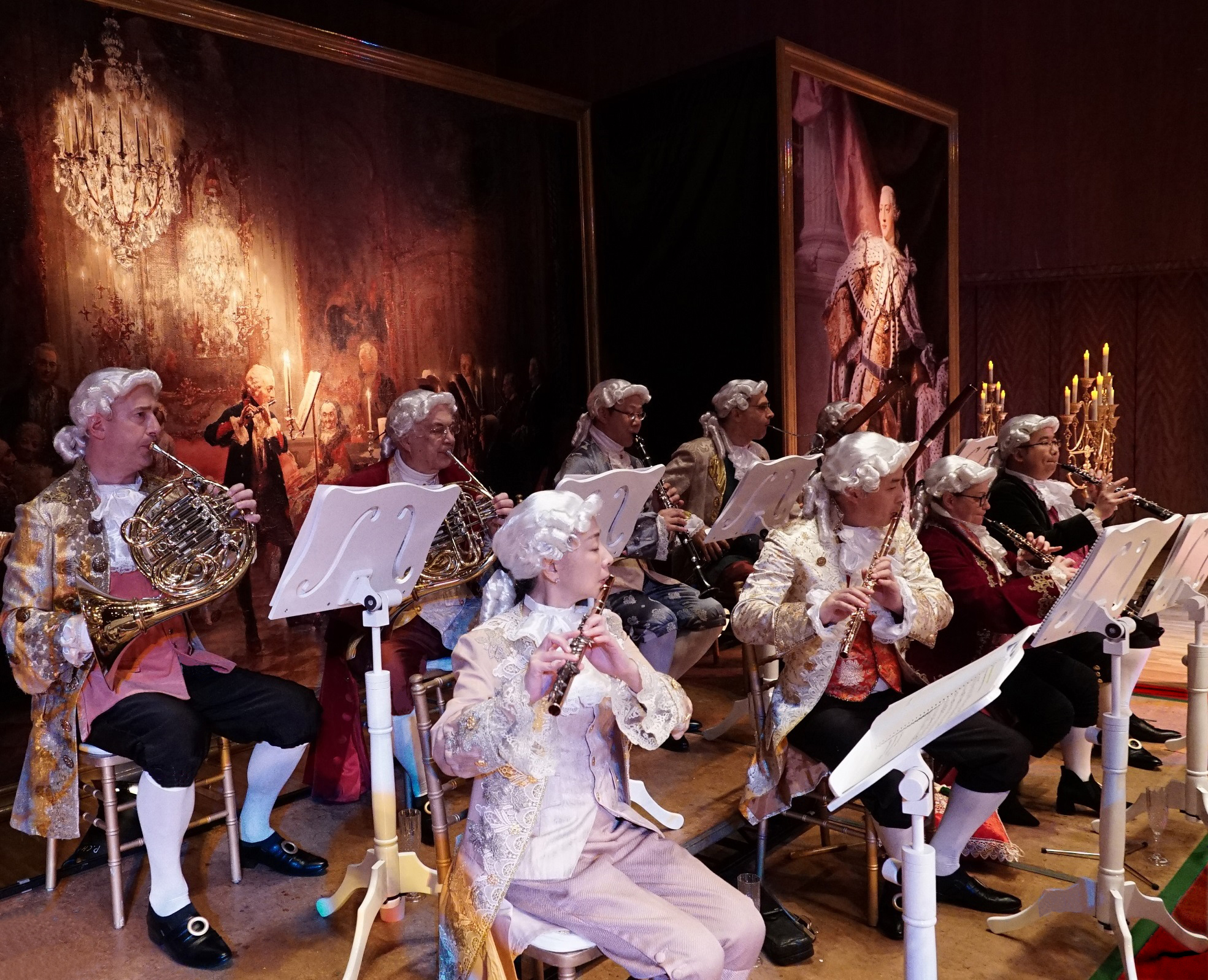 A feast of 18th century costumes sets the scene for this fascinating account of the world’s greatest musical prodigy. Magnificent Mozart draws on animated storytelling and exhilarating music to highlight Mozart’s extraordinary achievements, originality and quirky sense of humour. The programme includes Mozart’s first compositions, serenades for frivolous parties, the spectacular Queen of the Night aria and a rare piece composed for the glass harmonica.