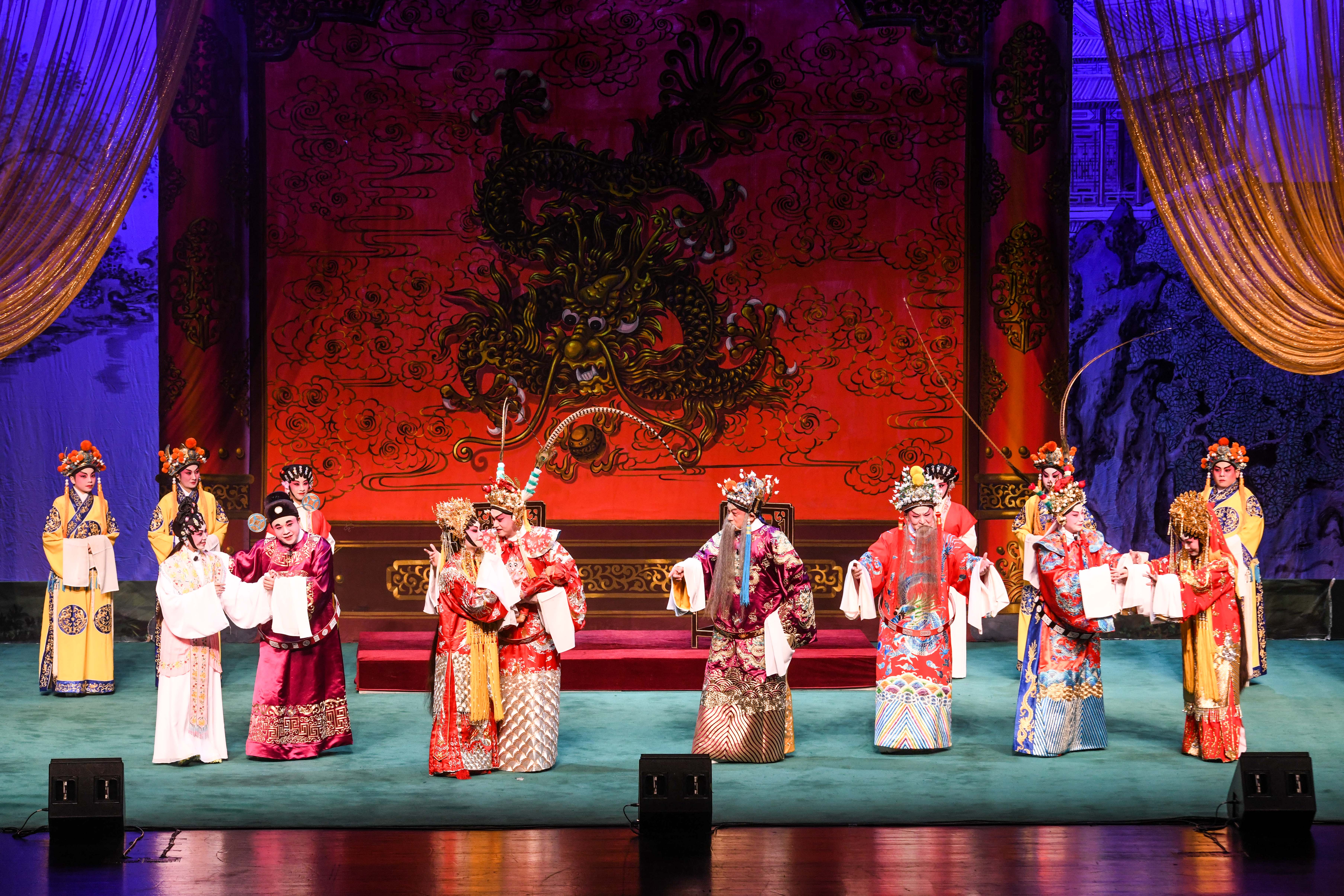 on a positive note. It also demonstrates the traditional Confucius values of patriotism and family bonding. With both lyrical

singing and martial arts scenes, this work shows the audience an authentic taste of Cantonese opera.

General Ngai Kim-wan left his pregnant wife Bak Lei-heung for a mission to safeguard his country. Princess San-wu of the

Eastern Qi fell in love with Kim-wan and forced him to marry her in exchange for support. The princess sent Cai Hung-fong, an

assassin, to murder Bak and her child. Fortunately, Cai knew about the relationship of Ngai and Bak, and decided to help Bak by

asking for Bak’s lover and child back at the wedding of San-wu and Ngai. At the end, San-wu agreed to free Ngai and find Bak’s

child, so the couple could live happily together once again.