Winner of two Hong Kong Dance Awards (2003, 2006) for his outstanding dance performance, and awarded Best Artist (Dance) at the Hong Kong Arts Development Awards 2009, Yang Yuntao is an accomplished dancer and choreographer. He joined the Hong Kong Dance Company (HKDC) in 2002 as Principal Dancer. He was the company’s Assistant Artistic Director from 2007 and has been its Artistic Director since November 2013.

Other works for HKDC include The Butterfly Lovers (presented in Seoul in 2016), Romance of the Three Kingdoms, Voices and Dances of the Distant Land, Blanc in Reveries of the Red Chamber, Chinese Hero: A Lone Exile, In the Beginning in Vipassana, Lady White of West Lake and Waiting Heart. 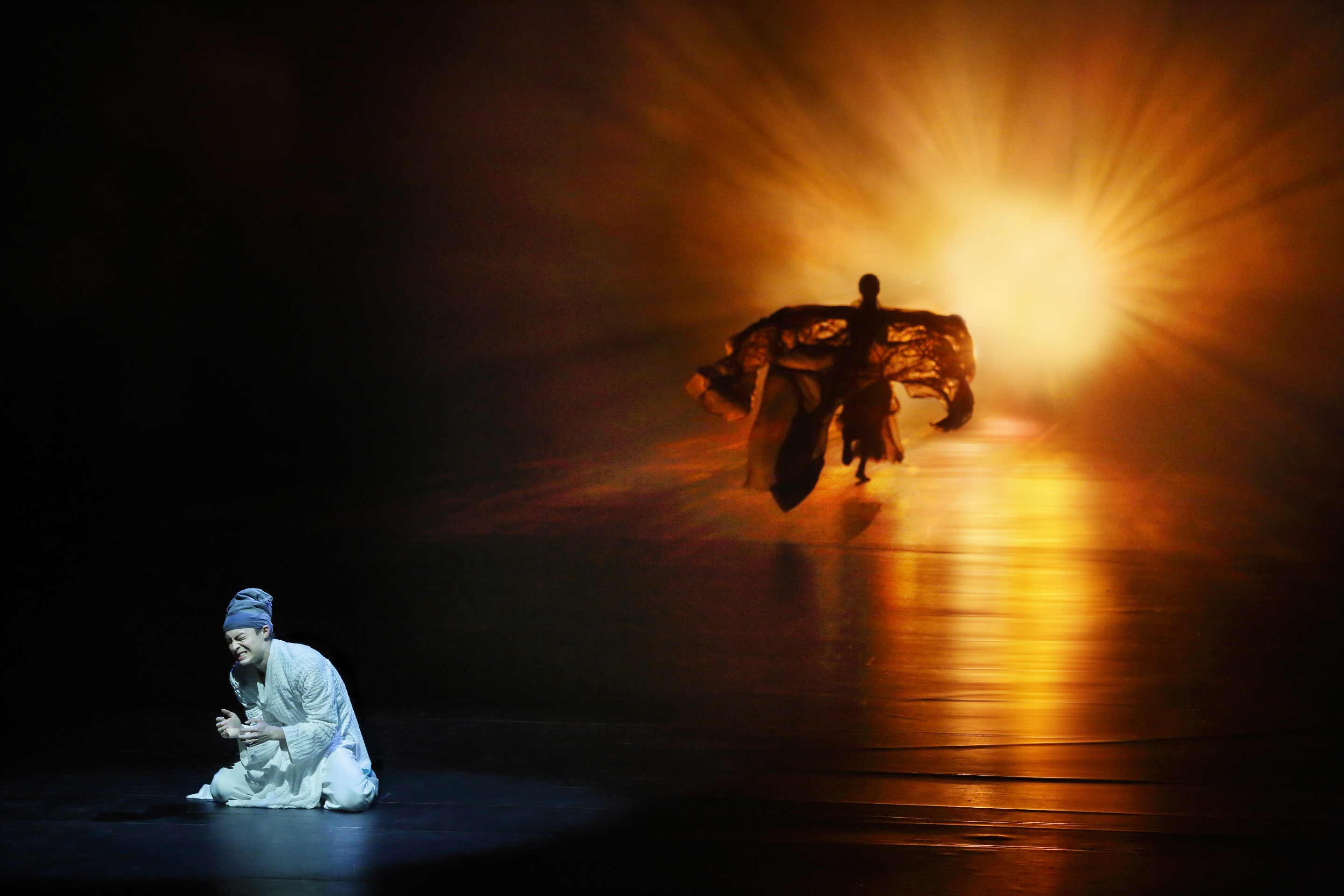 The grand dance drama L’ Amour Immortel is an adaptation of a story from classical Chinese literature Strange Tales from a Chinese Studio and A Chinese Ghost Story, one of Hong Kong’s classic movies in the 1980s produced by Tsui Hark. L’Amour Immortel reinterprets this classic tale from a contemporary perspective.

A beautiful, bewitching ghost falls for an honest, good-natured man and resolves to save him from evil forces, even at the cost of her own eternal afterlife. The lovers traverse a shadowy, mysterious underworld in their fight for love and freedom. Gripping, thrilling and passionate, this tale of forbidden love brings out the most beautiful of human values through the poignancy of a timeless ghost story.
L’Amour Immortel received the Hong Kong Dance Award for Outstanding Performance by a Male Dancer, Outstanding Performance by a Female Dancer and Outstanding Set Design for Dance in 2016. It was invited to touring performances in Beijing, Shanghai, Hangzhou, Guangzhou and Taipei.

Till death do us part: a conquest of love, fate and free will

Waiting Heart is a modern interpretation of the acclaimed Cantonese opera The Legend of the Purple Hairpin. Bringing together the artistic elements of dance theatre and a minimalist approach to Cantonese opera, Waiting Heart reinterprets the classic love story of Huo Xiaoyu and Li Yi through a multimedia setting. Contemplating multiple universes, different versions of the heroine Huo Xiaoyu are locked in a myth of destiny and self-determination. Will she accept a fate cut short? Will she continue to search for happiness? Or will she fight for what she believes in?

The live performance of Cantonese opera songs and music, video projection of Chinese calligraphy, and switch of roles among dancers and actors all combine to create not just a performance but a unique evocation of emotion and atmosphere.