Currently an independent artist, with choreography widely seen in productions at home and abroad

Won numerous accolades and awards, including Gold Award in the Male Solo Class at the 6th Paris International Dance Competition, the one of “The Top Ten National Performers” of China, “The Star of the Century” by the Guangdong Provincial Government, and four Hong Kong Dance Awards presented by the Hong Kong Dance Alliance. Xing won two Hong Kong Arts Development Awards: Award for Outstanding Young Artist (Dance) in 2008 and the Award for Best Artist (Dance) in 2011. Received Honorary Fellowship of Hong Kong Academy for Performing Arts in 2016 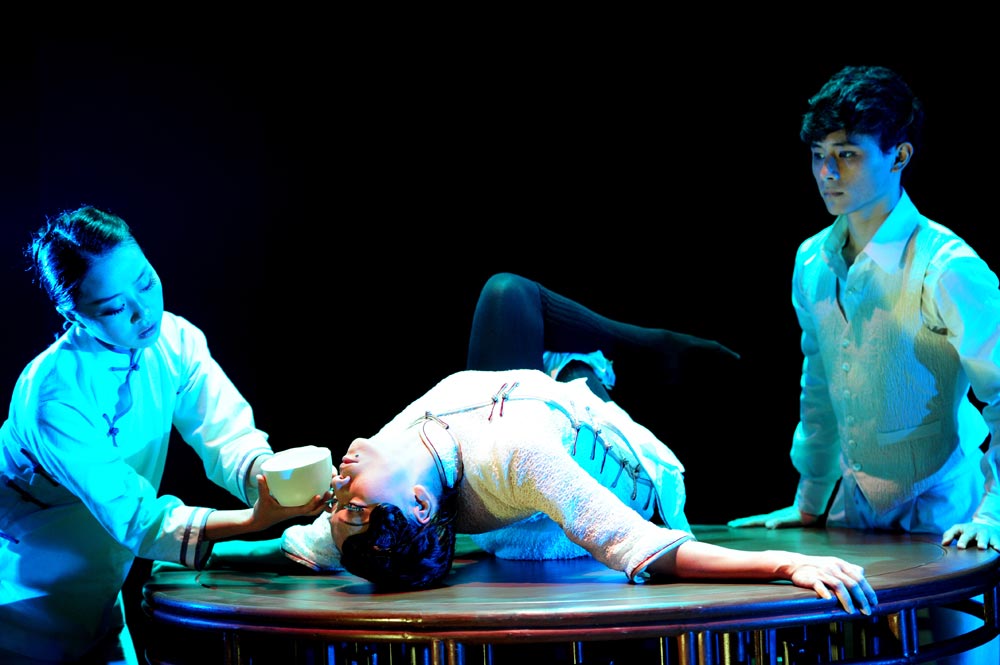 Thunderstorm is a dance-drama inspired by the classic play of the same name written in 1933 by Cao Yu, reputedly China’s Shakespeare. Co-choreographed by Xing Liang and Mui Cheuk-Yin, the critically acclaimed piece blends classical, folk and modern dance to create a fresh dance vocabulary and new interpretation of physical theatre. Complete with evocative period costumes and staged with a contemporary aesthetic, this production–the first of its kind in Hong Kong and also the world–succeeds in depicting the complex characters and relationships of the play without a single line of dialogue.