Former Concertmaster of the Hong Kong Chinese Orchestra, and taught at both the Chinese University of Hong Kong and the Hong Kong Academy for Performing Arts

Review by New York Times on Wong’s performance: “To a Westerner, the hu-chin family of Chinese string instruments might seem to allow little scope for virtuosity…But Wong On-yuen revealed unimagined possibilities in his recital…The varieties of color he produced were enough to make a listener momentarily regard the four strings of Western fiddles as needless luxury.”

Wong was the first erhu master to perform at Carnegie Hall in New York and has given more than 140 recital concerts. His most well-known piece, Butterfly Lovers, has been performed for more than 130 times

Wong has 27 solo recordings and was the producer of 26 albums of Chinese music. He won numerous awards including Most Outstanding Asian Artists Award (Chinese-American Arts Council of New York, 1991) and was made an MBE (a Member of the Most Excellent Order of the British Empire) in 1997

The Butterfly Lovers double concerto for gaohu and erhu 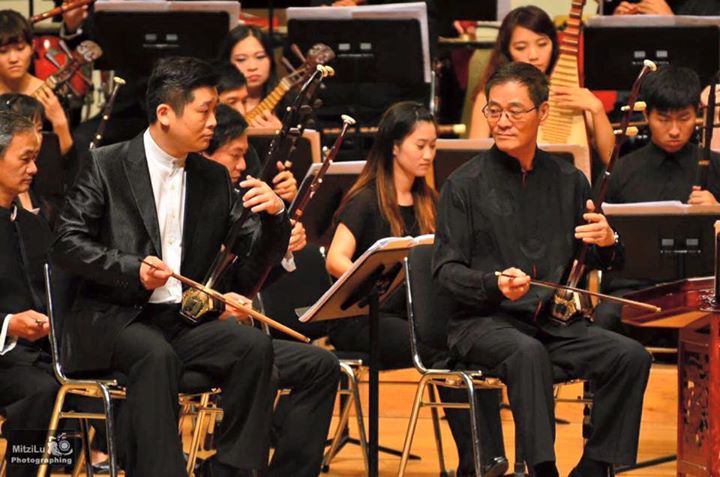 “The Butterfly Lovers Violin Concerto”, composed by He Zhanhao and Chen Gang in1958, has evolved into numerous instrumentation versions. The Wong’s duo adopted an innovative approach by using two solo instruments, the erhu and the gaohu, to represent Liang Shanbo and Zhu Yingtai, the star-crossed lovers in one of the perennial favourite romantic stories in Chinese culture. The two huqin (bowed string instruments) portray the “voices” of the two characters, making the music more vivid and emphatic. Sworn to be together till death do them apart, the star-crossed lovers only find each other again in the ideal existence of two butterflies flying free in the tragic end of the ageless tale.