Rose to the rank of lead huadan in 1987 after forming her own troupe, the Golden Will Chinese Opera Association 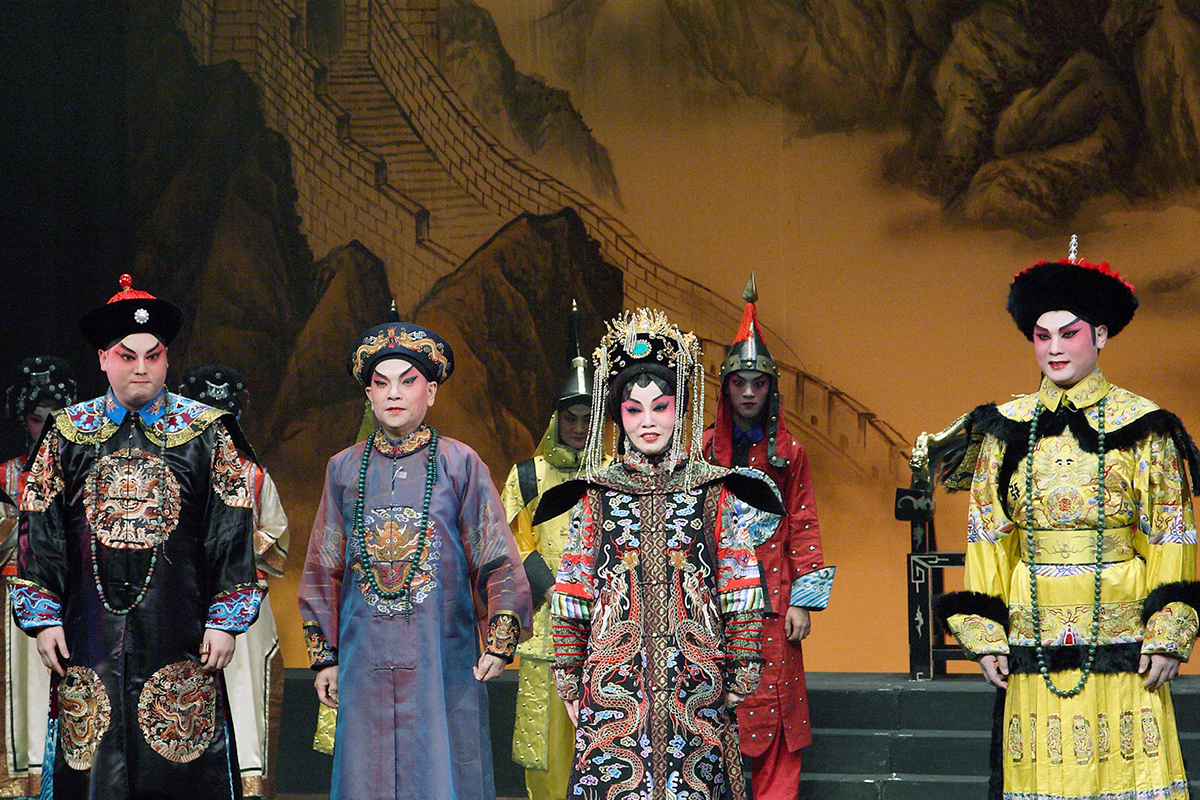 Empress Xiaozhuang tells the epic tale of Princess Bumbutai who fell in love with Dorgon, 14th son of Nurhaci, ruler of Qin dynasty. However, she became the concubine of Hong Taiji against her will. Pledging their love for each other before the wedding, Bumbutai almost committed suicide when she thought Dorgon died in the war.

The courageous Dorgon continued to serve Hong Taiji and received help from Bumbutai, now Empress Xiaozhuang. When Hong Taiji passed away, everyone competed for succession to the throne. To avoid more unrest, Xiaozhuang persuaded Dorgon to support Fulin, her son, as the successor. Burying their love for the sake of the nation, Fulin became Emperor Shunzi as Dorgon became Prince Regent who assisted Shunzi to become the first Qing emperor to rule over China.