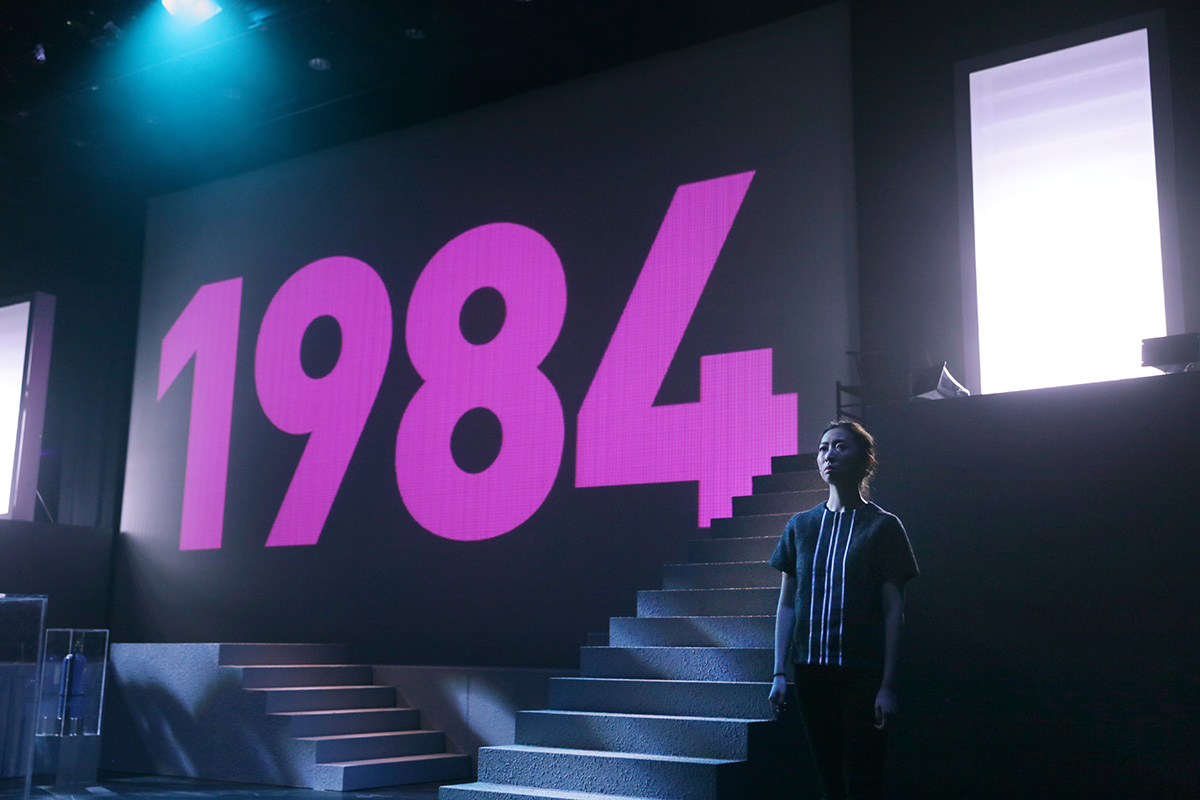 Films depict the past while opera thrives on the present. Just as theatre can become cinema, cinema becomes the backdrop of an opera. The key installation is the telescreen which serves as both the medium of transmission and the mirror of surveillance. Music is the language, the story and the motivation of this work. In the story, language is gradually replaced by Newspeak, the fictional language in Nineteen Eighty-Four.

The opera invents new songs and methods of singing in an act of revolt. Characters shuttle between live presences and images, leaping back and forth between 1984 and 2014. Time and space are bound by stage and telescreen. People on stage sing along with people on screen. People from the past perform for people in the present.