Reframe Theatre was established in 2016 and has produced seven theatrical productions across various forms including immersive theatre and performance lecture. A Concise History of Future China was selected as one of the five plays presented at Theatertreffen Stuckemarkt 2016. It was the first ethnic Chinese play ever selected by the festival, and premiered at the Hong Kong New Vision Festival in the same year. Happily Ever After Nuclear Explosion was commissioned by Munich Residenztheater and performed in German under the programme of World/Stage 2018. It was premiered in Cantonese in the Tai Kwun Theatre Season 2019 and performed in Incheon and Bucheon at the invitation of Asia Playwright Festival in October 2019.

Happily Ever after Nuclear Explosion 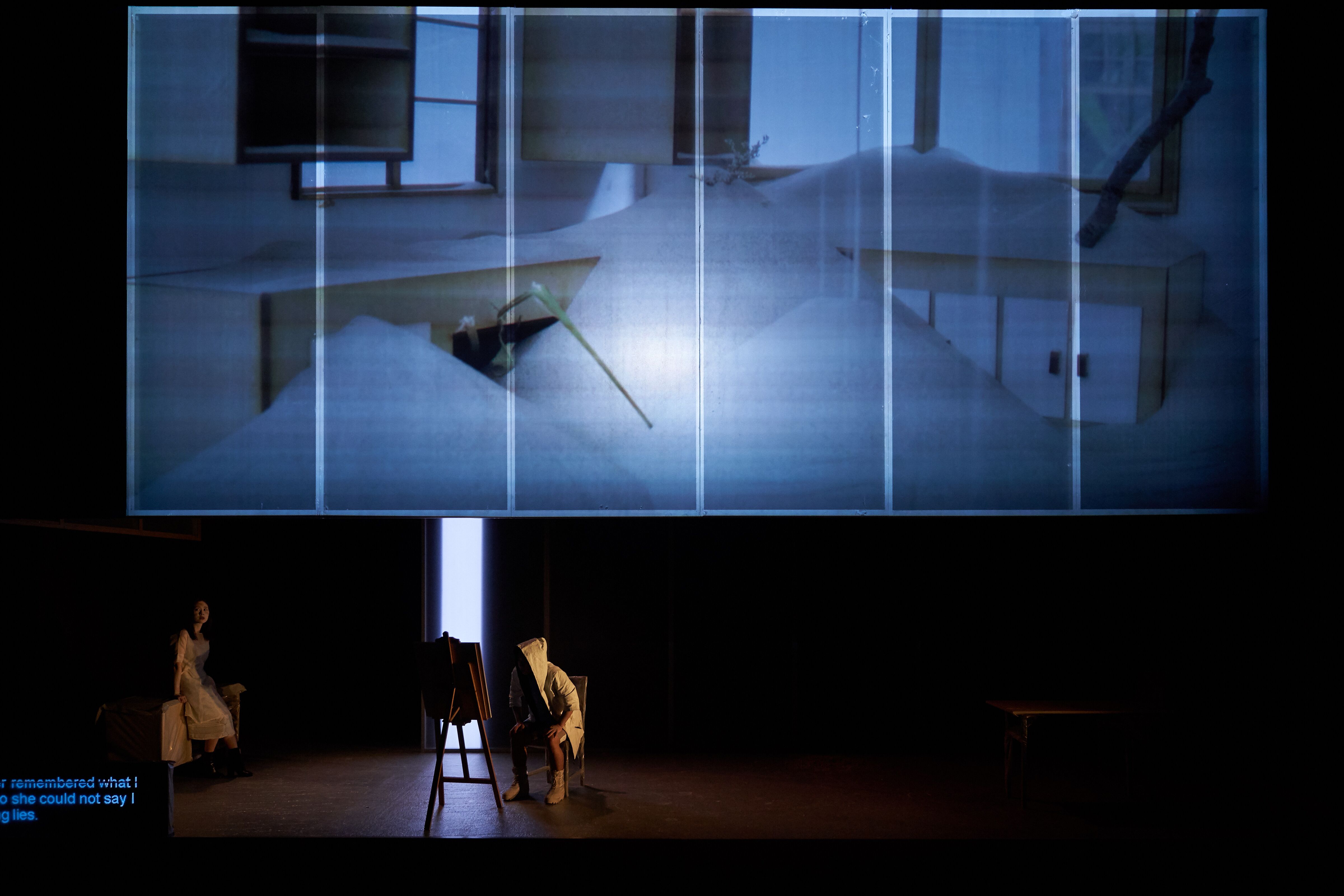 Is happiness ever possible after a nuclear explosion?

The story revolves around two persons who survived a nuclear explosion. The woman recounts the preceding catastrophe and the life thereafter. The man can speak but finds no words. To evade discrimination and social isolation, they return to their hometown at the epicentre of the catastrophe, presumably now in ruins. To their surprise, it has become a vibrant land where animals roam freely and flowers blossom. Life is merry; everything is bright and beautiful…