Troupe has been invited both locally and overseas since 1991 and performed in China, Japan, Singapore, Australia, Canada, United States, England and Macau

Invited to perform The Dream of the Red Chamber in a festival of regional operas in Singapore (1993); Invited by the Hong Kong Economic and Trade Office in New York to perform in the New York Hong Kong Festival (2008)

Participated in a historical triple traditional opera performance (Beijing, Yue and Cantonese operas) of the Lovers’ Butterfly Concerto in Beijing (2011). 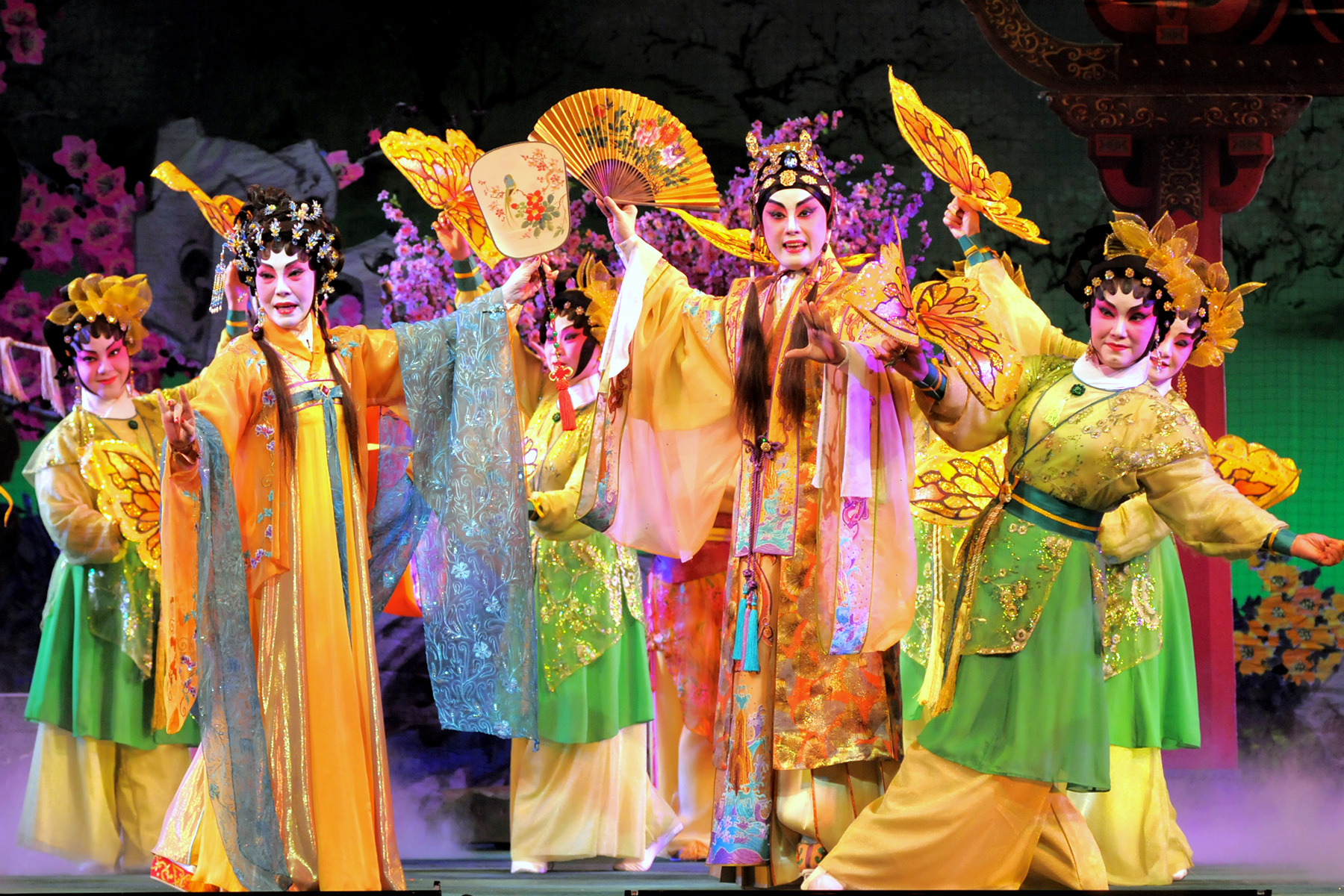 The heartbreaking and soul-searching tale is about Prince Shinnyo, born gifted to attract butterflies through reciting poems, and childhood lover, the aromatic Xiang Ning. Shinnyo became a prisoner overnight and was forced to become a monk after a coup. Xiang Ning surrendered her virginity to Shinnyo upon their painful parting. A later incident awakened Shinnyo to the “truth” that all phenomena are just evolved from the heart.

Twenty years passed by and Queen Xiang Ning became seriously ill. Under disguise, Shinnyo offered to cure the Queen. Shinnyo realised that all the sorrow and grief of his lost throne, lost love and betrayal were follies of misunderstanding. Suffering arose because of purported truths. He sung his last love song to his departing lover and the butterflies came in mourning…