Currently Suona Principal and a guan virtuoso with the Hong Kong Chinese Orchestra (HKCO). Visiting Artist at the School of Music of Hong Kong Academy for Performing Arts (HKAPA) in 2017

Ma learned Chinese wind instruments from his father, Ma Wing-sing, at a young age. He completed his Master’s degree programme with double major in suona and guan at the HKAPA (2015)

Ma reinvented the suona by performing in pop and jazz music crossover productions. He also performed original compositions as member of the Majestic G band (which he co-founded) at Clockenflap 2013, Endless Summer 2013 and the Heart-Town Festival 2014

Suona and Guan Concert by Ma Wai Him 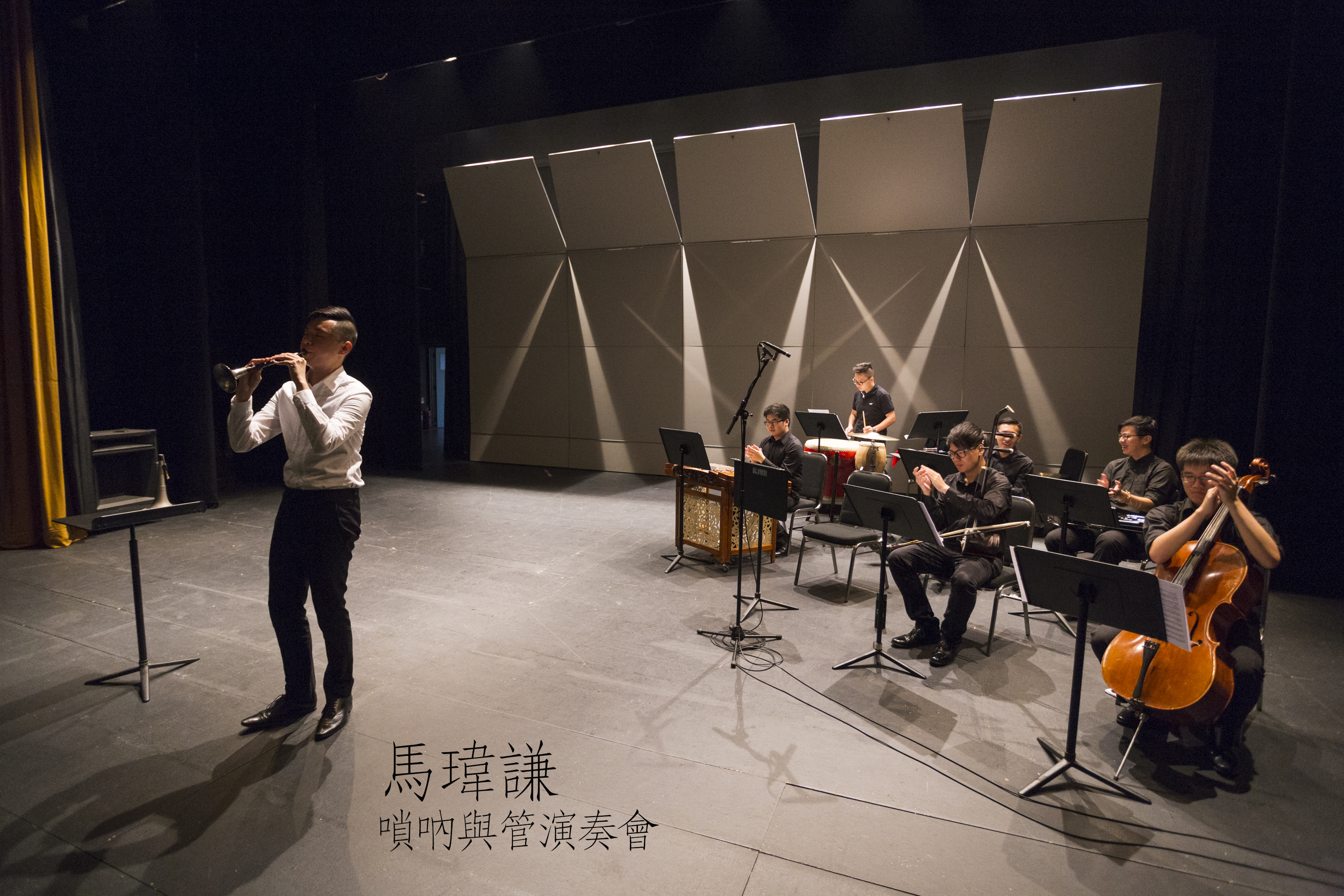 The concert features suona and guan classics, with Ma Wai-him playing invigorating renditions of works spanning music genres ranging from the ‘spirit music’ of Hong Kong during the 1950’s to themes of motion pictures. Ma will also play original songs with the local funk/soul music group, The Majestic G. The general impression of suona is re-written by giving it a contemporary colour to go with the times.

The programme will include suona solo piece Set tune – Dai-Kai-Man, Xiao-Kai-Men, houguan and yehu work The Toll of the Temple Bells, and the houguan and Chinese Music Ensemble compositions Dance of the Dragon and the Phoenix in the Sky and Jin-Bu-Huan. Also to be performed are the guan, sheng and percussion piece Donkey Grazing; suona and piano work Chinese Rhapsody No.3 (Movements 1, 2 and 3); suona and Chinese Music ensemble compositions Beating Dates and Tante (Uneasy); The Pink Panther theme, Colourful Clouds Chasing the Moon and the newly composed piece Curveball.