The Hong Kong Repertory Theatre is the most historical and largest professional theatre company in Hong Kong, established in 1977 and incorporated in 2001.  Financially supported by the Hong Kong Government, the company employs a team of over 80 full-time professionals including Artistic Director, Assistant Artistic Director, actors, technical and stage management staff as well as administrators.  The company has presented more than 300 productions, many of which have become classics of the local theatre canon.  It produces and develops a high-quality, innovative and diverse repertoire, encompassing Chinese, international, classic and contemporary theatre as well as original works by local artists.  The company and its Artistic Director Anthony Chan are dedicated to developing the audiences’ interest and appreciation of theatre and enriching the cultural life of Hong Kong through its leading position as the city’s flagship theatre company. 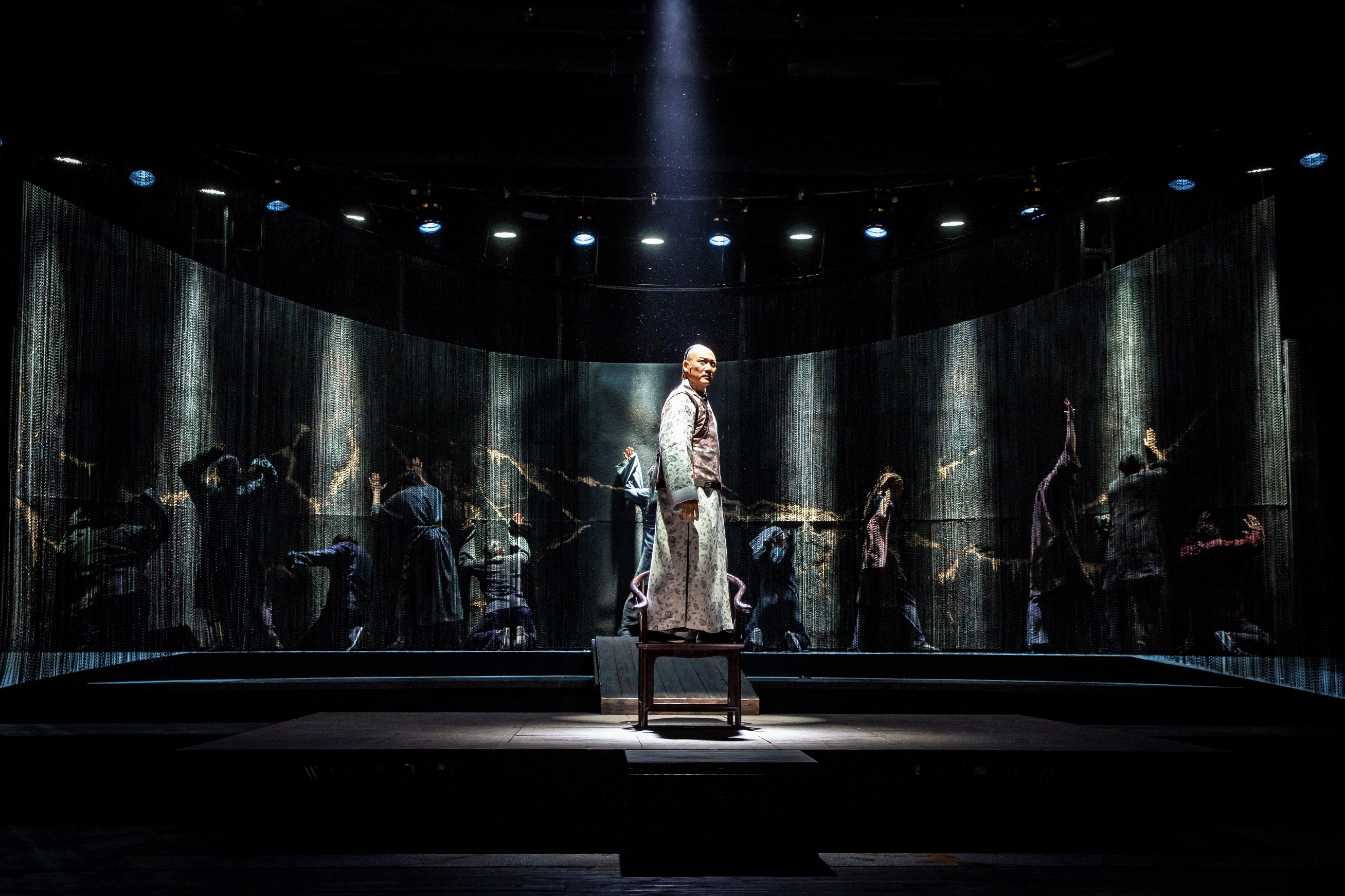 The life of Hu Xueyan was filled with tumult and drama, and his fate was closely tied to the ebb and flow of the fortunes of the final decades of the Qing dynasty. With a perceptive eye for current affairs and a talent to bring out the best in people, Hu transformed from a penniless boy to the nation’s top merchant. Despite the tumultuous times, he capitalised on his foresight and financial resources to help Wang Youling and Zuo Zongtang combat the Taiping rebels as well as western powers. Equally comfortable among government officials and traders, Hu was a man of ideal, intent to challenge westerners on political and business fronts, while making generous donations to provide free medical care for the poor. For him, life was a never-ending pursuit.

Written by Paul Poon, the Dean of the School of Drama at the Hong Kong Academy for Performing Arts, and directed by celebrated director Roy Szeto, Hu Xueyan, my Dear was performed in Hong Kong, Shanghai, Beijing, Guangzhou, Tianjin and Shenzhen, receiving wide acclaimed in the sinophone theatre scene. The production won in the Hong Kong Drama Awards, Shanghai One Drama Awards and Chinese Theatre Awards including Outstanding Production of the Year, Best Overall Production, Best Script and Best Director etc. Depicting a historical story with a modern theatre approach, Hu Xueyan, my Dear creates a dialogue between the past and the present.

Soon after the new principal reports duty, she establishes a host of new rules. Her vigorous and resolute approach upsets teachers and students alike. Gossip has it that the new principal and the vice-principal are at loggerheads. Later, an upsetting rumour rears its ugly head: the vice-principal, having served the school for almost three decades, will be transferred. This piece of news angers the student body. A campus crisis is about to set off, as parents and the school’s board are also hurled into the vortex.  Written by a young playwright Ivan Kwok, Principle premiered in 2017 and revived as a new production directed by Fong Chun Kit in 2018. It won the Outstanding Performance of the Year at the 28th Hong Kong Drama Awards, Best Actor in 2019 Shanghai One Drama Awards and was nominated Best Script, Best Supporting Actor/Actress etc. With the conundrum created by two opposing parties, Principle takes the audience on a thought-provoking journey on education and justice.