Haru is a Shakuhachi musician and theatre artist in Hong Kong.

In 2007, Haru studied Shakuhachi under the tutelage of Ocean Chan, practising a portfolio of classical and contemporary music including Chikuho-ryu, Watazumi-Yokoyama honkyohn and many others. He later enhanced his skills in Kinko-ryu, Tozan-ryu and Myoan-ryu in Kyoto. He also apprenticed with Shakuhachi master Yodo Kurahashi.

Since 2012, Haru has performed widely, including solo Shakuhachi performances and live accompaniments, as well as collaboratively in recordings of television, film and advertisement soundtracks.

Currently, Haru is actively exploring the opportunity to revive the old and create new Shakuhachi music in regions with Chinese culture.

A Melting Dialogue of Shakuhachi with Chinese Poetry 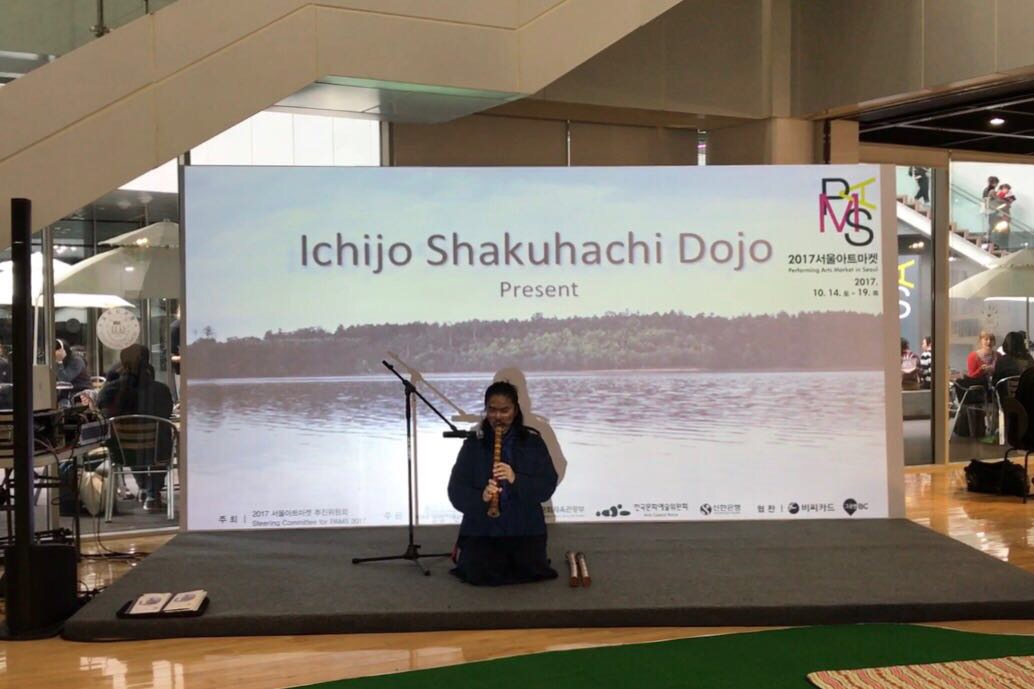 The delicate Shakuhachi tones portray the inexplicable Zen based on poems from the Tang and Song Dynasties about the Zen landscape written by the ancient Chinese literati.

On the one hand, the performance reminds us of the history of the Shakuhachi which was transported to Japan in the Tang and Song dynasties. On the other hand, it explains why Shakuhachi music was applied in many Zen studies in the olden days.

The performance is accompanied by images, sound effects and lighting to strengthen the stage effects of poetic Zen art. Shakuhachi music reverberates in the depths of the audience’s minds, enriching the experience and charm of art in the Tang and Song Dynasties.

The performance also vividly explains the relationship between Shakuhachi and poetry, inviting the audience to share their immediate feelings and interact with the performers.

If the venue permits, tea can be served during the performance.