Lead performer Wai Chun-fai is the foremost female star versatile in both scholar and warrior roles. Highly renowned for martial art and movements in warrior roles, Wai is equally brilliant with dashing looks in scholar roles within classic repertoires. Received acclaim for her frequent performances with accomplished artist Liza Wang, whom she co-starred with during charity performance for Project Hope 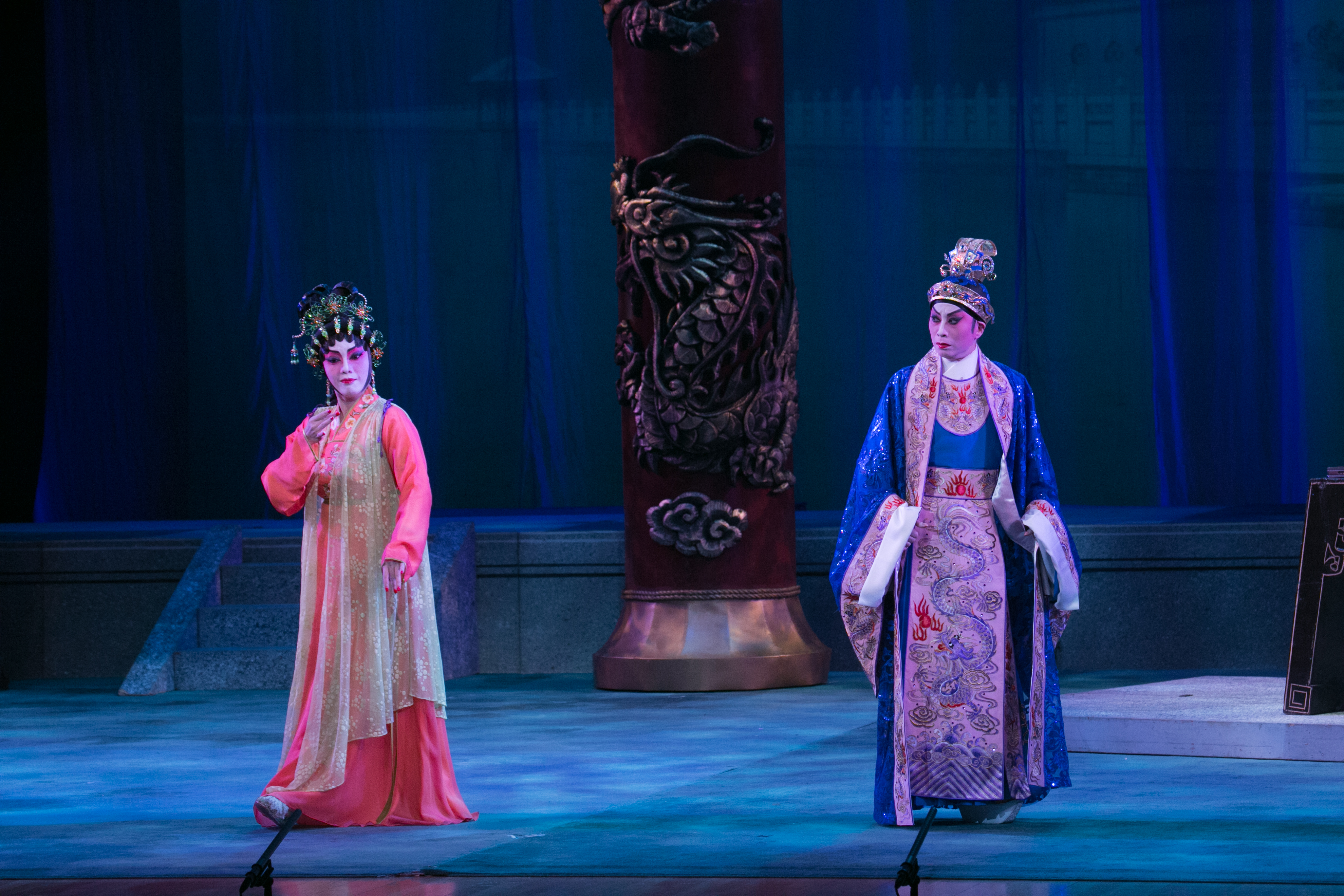 Emperor Li Zhi and Empress Wu Mei tells the intriguing story of Wu Zetian, the only female emperor in the 5000-year history of China. Having affections for each other, they eventually became enemies due to their different fate and values.

Set in five scenes describing Wu’s ascent to power, Wai Chun-fai stars as the Tang Emperor Li Zhi while Chan Wing-yee takes on the role of Wu Mei, depicting her struggle to survive from being a nun to killing her own daughter.

The production spared no expenses in fulfilling the vision of deceased director Lam Kam-tong through a script with strong literature elements. Through computer-controlled lighting and staging, lavish costumes and sets, the imperial court’s ruthless deceit as well as the grandeur of Tang dynasty are presented.