Received further training in Cantonese operatic singing under Lau Kin-wing, and martial arts and stylised movements under several Peking opera veterans, honing her crafts to be an all-rounded actor in the genre

Performed in multiple leading Cantonese opera troupes both locally and around the world. She was also invited to Berlin to participate in Berlin China Festival 2001 and to London for the Hong Kong Festival 2002

Wu Song Fighting In the Tavern 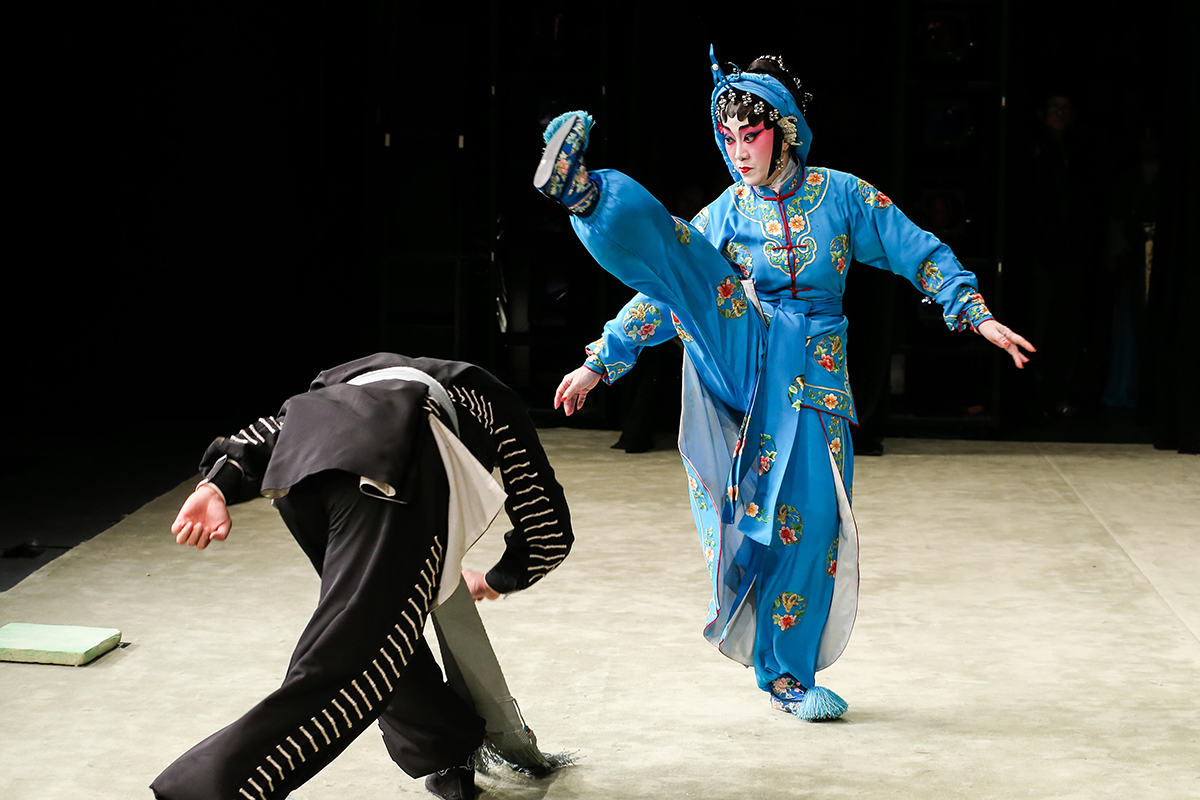 Wu Song was exiled to Mengzhou after he killed his sister-in-law to avenge his dead brother. When he passed by Cross Slope, he stayed at a tavern for a night. He and Sun Erniang, the unscrupulous inn-keeper, became acquainted with each other after they had a phenomenal fight in the tavern.

The performance is divided in two parts. The first, Lodging in tavern, focuses mainly on the singing; the second part, Fighting with Sun Erniang in the dark, showcases the great martial art chemistry between the duo. Sun uses Nang Zi (dagger), a weapon seldom seen on stage, in the performance. Actors have to simulate fumbling and fighting in the dark on stage with the lights on. The intricate martial moves required are extremely difficult, making it a famous challenge for Cantonese opera actors.