Moved to London for further study and founded Theatre du Pif with Sean Curran in 1992, and had since then continued to devise and direct all of Theatre du Pif’s original productions

Awarded Best Actress (Tragedy/Drama) twice at the Hong Kong Drama Awards for Fish Heads and Tales – A Tender War (1996) and The Oak Tree – An Odyssey (1997). Nominated in the same category for Hedda Gabler (2015). Received the Best Actress Award at the 2016 Hong Kong Theatre Libre for 4.48 Psychosis. Awarded the Director of the Year and Performer of the Year at the IATC(HK) Critics Award 2016 for  4.48 Psychosis by Sarah Kane. Received the Honorary Fellowship from HKAPA 2016 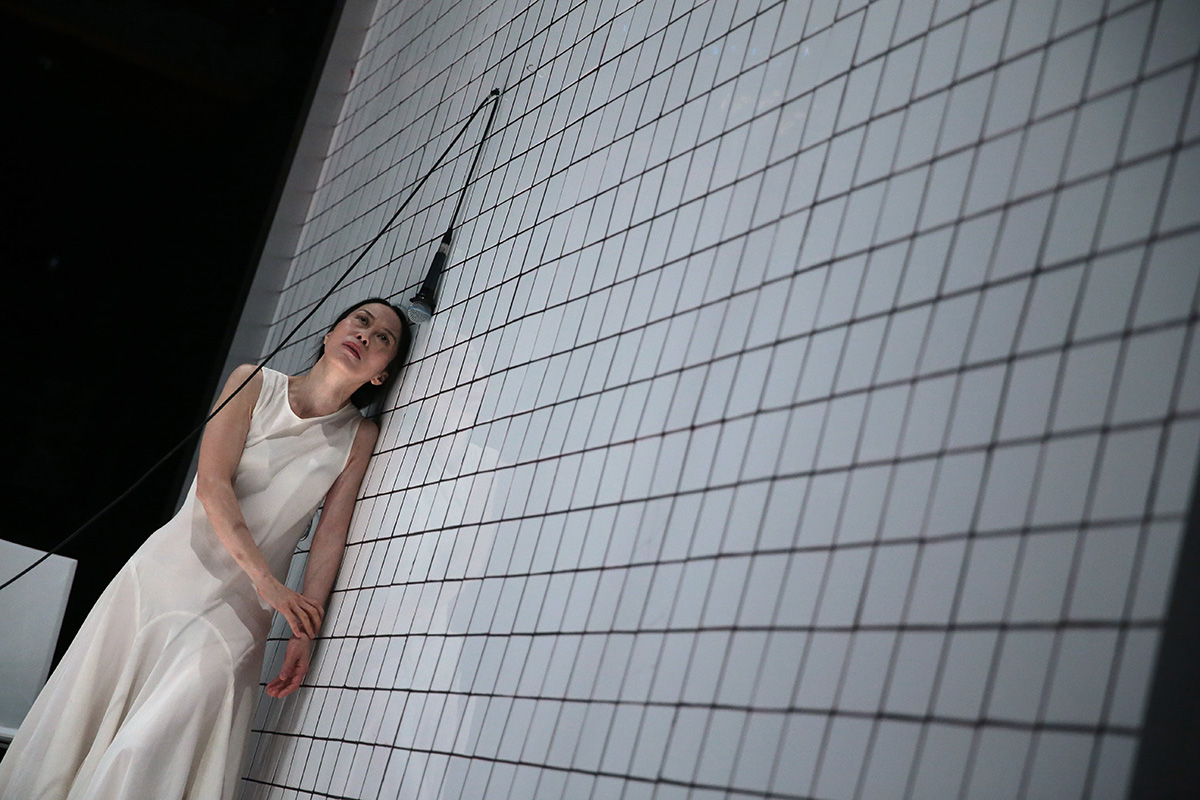 4.48 Psychosis was completed by Sarah Kane a few months before she committed suicide. The title refers to a specific point in time, just before dawn, when Kane, who was a victim of chronic insomnia and depression, used to frequently wake up. Statistically, the early morning hours are a time at which many suicides are committed.

A work described by Chan as “masterful demonstration of ecstasy and control interspersed with moments of bare honesty”, Bonni Chan collaborates with Hong Kong musicians Chan Wai-fat, Lau Chi-bun and Gabriel Fung, and Korean stage designer Lee Yunso in Kane’s 4.48 Psychosis in crafting a performance that portrays a mind in acute despair, where fragments of pain and anger are interspersed with shafts of piercing humour.