Received three Carnegie Hall commissions including a cello concerto for Yo-Yo Ma and the Atlanta Symphony Orchestra. Also composed works for Yo-Yo Ma and the Silk Road Ensemble, and a part of their worldwide performance tours since 2007. Her work was featured on the CD Off the Map, nominated for a GRAMMY for Best Classical Crossover Album

Awakening from a Disappearing Garden 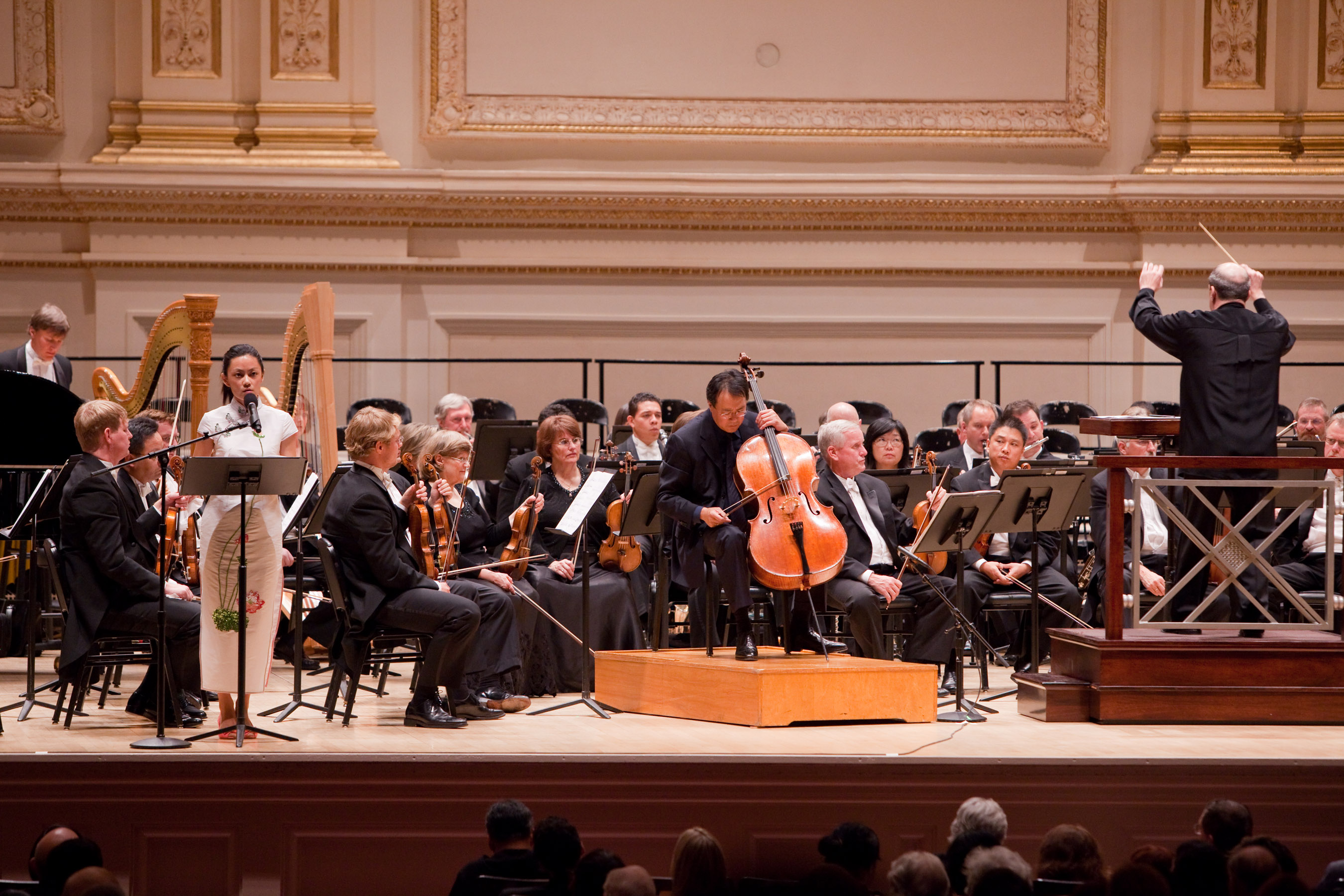 Commissioned by the Carnegie Hall for Yo-yo Ma and the Atlanta Symphony Orchestra, Awakening From a Disappearing Garden is a cello concerto with narration. It is a music-story and a contemporary re-interpretation of the 16th century Kun opera Peony Pavilion by Tang Xianzu as well as the short story Wandering in the Garden, Waking from a Dream by celebrated Taiwanese novelist Pai Hsien-yung.

This concerto focuses on two women from two different generations and two different eras. They lived in a society that turned their natures upside down and then upside down again…what remained steadfastly unchanged were their souls, the spirits to live and to survive. The indomitable remained well preserved–in the memories of their previous lives. The cello concerto is 30 minutes long with two movements.