Received “Best Serious Composition” in CASH Golden Sail Music Awards for Voice of Heritage (2014), Bronze Awards in “Xinyi Cup” for respectively Nocturne to the Victoria Harbour and An Illusive Dream. Flame was selected in International Society for Contemporary Music (2009)

Frequently serves as conductor and performed in Taiwan, Guangzhou and Malaysia. 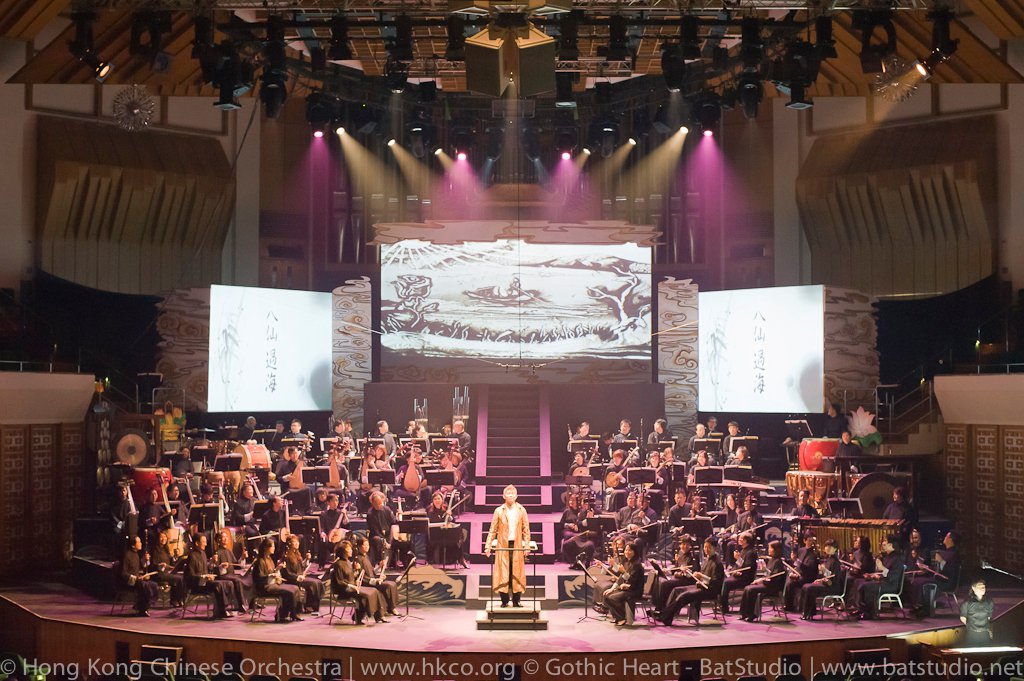 In China, the popular folklore of the “Eight Immortals” formed the backbone of many classic plays, Chinese operas and Chinese music. As the generic title suggests, “music theatre” is an exciting new format of performance that combines music performance with theatre. Besides playing Chinese instruments, the musicians showcase their sheer talents as they are cast in various roles, serving as performing artists which underline the characters’ feelings with their music.

The result of combining Chinese music and theatre is invigorating and nothing short of fantastic. Jointly presented by the Hong Kong Chinese Orchestra and the Hong Kong Repertory Theatre, The Eight Immortals was previously performed at Hong Kong Cultural Centre Concert Hall in 2010 to rave reviews.